Or Go to our Wildlife and Marine Park Map Guides

If you want to see the Local Wildlife in the Tamborine National park including Lyrebirds, the elusive Platypus, Brush-turkeys, Lorikeets, Eastern Whipbirds and Satin Bowerbirds then book your Tamborine accommodation here at Amore B&B. The significance of the park is underscored by the fact that it provides a habitat for 85% of all fauna species in the Gold Coast City area.

Tamborine Mountain is home to ten different types of forest including subtropical rainforest, wet eucalypt forest and open eucalypt forest. Incredibly, these forests contain more than 900 different species of plants representing 65% of all the plant species found in the “mega-diverse” Gold Coast area.

The forest communities of Tamborine National Park also provide important habitat for local wildlife and are essential refuges for native animals from surrounding urban and rural development.Three of the National Park trails are within walking distance from your Tamborine accommodation Amore B&B,

See this wonderland at ground level 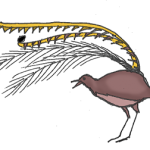 While walking in the cooler months, you may be rewarded by hearing the song of the near threatened Albert’s lyerbird Menura alberti.

The lyrebird is an excellent mimic, intermingling its own calls with other rainforest noises including the calls of bowerbirds, whipbirds and rosellas.

The lyrebird’s call is distinctively clear and powerful, sounding like many different birds calling in quick succession. During the winter months, male lyrebirds showcase their remarkable vocal abilities in an attempt to attract and impress potential female mates.

The lyrebird is a poor flyer, so vigilantly keeps watch for danger while foraging for invertebrates and frogs in the damp leaf litter.

The female lyrebird usually positions her dome-like nest of sticks, moss and ferns on rock ledges, between buttress roots or on top of tree ferns. The nest is well camouflaged to ensure the single egg or chick it contains is hidden from predators.

With exceptional hearing and sight, lyrebirds can quickly detect danger. The nest is typically built with a clear downward escape route which the female lyrebird uses to flee from approaching predators and draw attention away from her precious young.

Take the walk, enjoy the experience. It’s an event in itself. Local Wildlife abounds within a short stroll from your Tamborine accommodation Amore B&B. 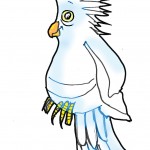 Approximately 60 of all 79 families of native Australian birds are found within our Scenic Rim region, which is why the area is a favourite for keen birdwatchers. On Tamborine Mountain you’ll see a spectacular variety of cockatoos, rosellas, lorikeets, cockatiels and parakeets, bowerbirds,whipbirds and catbirds. 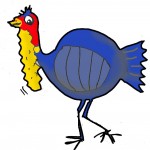 Often seen scratching through leaf litter on the rainforest floor, the Australian brush turkey  Alectura lathamiuses its large, clawed feet to search for insects and seeds. Look for a brush-turkey mound—a huge pile of leaf litter used to incubate eggs—scratched together by the tireless male. You will see them on your bush walk. 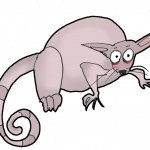 One of Tamborine Mountain’s more commonly seen nocturnal animals is the short-eared brushtail possumTrichosurus caninus. At night, these large brown or black possums forage on the ground and in trees for leaves, ferns, fruits and fungi. Look out for sugar gliders too that leap from tree to tree and have been known to glide over 150 feet.

At night, white-striped freetail bats Tadarida australis come out to feed, flying above treetops as they hunt their insect prey.

These chocolate-brown microbats roost in tree hollows and under the loose bark of mature eucalypt trees. Old growth trees provide hollows, essential nesting sites for animals such as bats, owls and gliders.

Red-legged pademelons Thylogale stigmatica are small wallabies mostly found within rainforests. In the early morning and late afternoon, they are likely to be seen feeding on native herbs and grasses at the forest’s edge.

From mid-morning to afternoon, you may spot one sleeping with its tail between its legs, leaning forward with its head resting on the ground.

During the day, shy red-necked pademelons Thylogale thetis use the dense rainforest to hide from predators while feeding on leaves and fruits from the forest floor. If disturbed, pademelons make a loud thumping noise with their hind feet, sending out a warning as they flee to safety. After dark, these cautious creatures venture to the more open forest edge to feed on grasses and make up a significant part of our Local Wildlife. 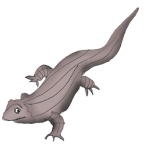 Australia’s largest skink, the land mullet Egernia major, can be seen basking in patches of warm sunlight on the forest floor. Its distinctive dark colouring acts as camouflage and helps it absorb heat from the limited sunlight available. 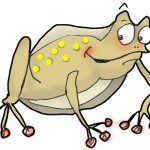 If you’re lucky, you may catch a glimpse of the vulnerable tusked frog Adelotus brevis. Tusked frogs get their name from the enlarged pair of teeth or ‘tusks’ found in the lower jaw of males, which they use to defend their territory. This ground-dwelling amphibian grows to only five centimetres in length and spends its days hiding among logs, stones and vegetation along the creek. 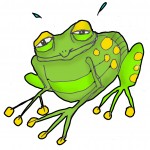 Preferring the shaded rainforest gullies of The Knoll, the cascade treefrog Litoria pearsoniana may be heard calling from vegetation along the creek’s edge. This small green and brown frog is largely restricted to mountain rainforest streams.

It is one of several stream-dwelling frog species in South East Queensland that are experiencing population decline. Our Local Wildlife is under constant threat.

This egg-laying, duck-billed, beaver-tailed, otter-footed mammal is an iconic symbol of Australia and features on our 20 cent coin. Families of these shy and unusual creatures live in the crystal clean waters of our mountain.

While visiting the rock pools at Cedar Creek and Curtis Falls, look for the long-finned eel Anguilla reinhardtii swimming in the shadows.

Long-finned eels begin their life far out at sea, riding the currents down Australia’s east coast in search of estuaries. Young eels (called elvers) must undertake a gruelling upstream migration, wriggling up waterfalls and travelling over wet ground to find sanctuary in freshwater rivers and creeks.

After several decades, mature eels make one final journey downstream—travelling thousands of kilometres to return to the sea where they were born—to breed and die. 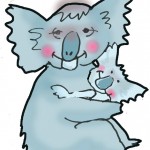 The Koala is everyone’s favourite. A cuddly tree dwelling, gum leaf eating marsupial with grey fur, a big black nose, fluffy ears, long sharp claws for climbing and no tail whatsoever. Young Koalas are known as Joeys and stay in their mother’s pouch for the first 6 months of their lives. Seeing a Koala is an experience you will never forget. 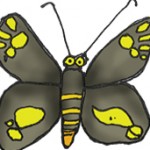 If you’re lucky, you may catch a glimpse of the endangered Richmond birdwing butterfly Ornithoptera richmondia between October and March. This large butterfly can be seen flitting along the rainforest’s edge, in search of the native birdwing butterfly vine Paraistolochia praevenosa.

The Richmond birdwing butterfly lays its eggs on the leaves of this rainforest vine. When the butterfly larvae emerge from their eggs, they feed on the vine’s fleshy leaves.

Parts of the plateau and surrounding foothills encompassing the wet subtropical rainforest habitats have been identified as an important bird area. The area supports an isolated northern population of Albert’s lyrebirds, as well as pale-yellow robins, green catbirds, regent bowerbirds, satin bowerbirds and Australian logrunners.

Additional significant birds recorded from the site are glossy black cockatoos, sooty owls, marbled frogmouths and noisy pittas. Other animals present in the bird area include platypuses, short-beaked echidnas and Richmond birdwings. Make friends with a local – engage with the Local Wildlife.

On your bush walk you may encounter one or more of the above fauna specie or make friends with some of the other hundreds of animals, birds and creatures that call Mt. Tamborine their home.