Walk to a Waterfall map guide is out now 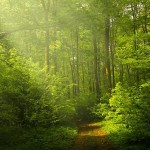 A short 12 minute stroll from your Tamborine Mountain accommodation at Amore B&B takes you to the entrance to the Curtis Falls Waterfall Walking Track.

Directions on Google Maps to the Waterfall.

The significance of the park is underscored by the fact that it provides a habitat for 85% of all fauna species in the Gold Coast city area. A cross section of small bird species, high dwelling birds such as fruit doves also populate this area. The forest communities of the Tamborine National Park also provide an important habitat for local wildlife and are essential refuges for native animals from surrounding urban and rural development.

Here at Amore B&B we have a post to post map guide available for our guests to assist in the identification of the many species that abound in the park. As you pass each post numbered 1 to 18, pause and note the descriptions as detailed in the guide. Please do not touch the plants, it is not good for them and some may sting. On your walk to the Curtis Falls Waterfall we example below some of the posts that you will pass.

Let us change the way you experience Tamborine Mountain

To your left are Walking Stick palms and a large Purple Cherry with its pale bark, while opposite is a large Red Cacabeen. It shows heavy scarring from an old vine.

Past it is an unusual thicket of cane like vines. This is Flagellaria Indica, whose name is derived from the Latin meaning to whip or to cane. Behind the Indica is a tall Rosewood which will strew the ground with its fruit from late summer to early winter, These fruits are an important food source for the larger birds.

The large tree on the right is a Red Bean and to the left of the path are more Strangler Figs, which are slowly covering the host tree that will eventually die.

Close behind the post is a small Green Tamarind.

Further to the right is Lawyer vine, commonly known as Wait-a-while plant in the rainforest.

Further back from the path to the right a giant Strangler Fig with a precarious lean, but its strong buttress roots will support it. The canopy is now becoming less dense allowing in more sunlight to aid the growth of younger trees.

Many Species can be seen opposite Post 5 including Walking Stick palms, Supplejack vine, another Purple Cherry and a White Booyong.

The large tree is possibly a Marara and further on is a clearer area of understory plants, hosting many birds including White Browed Scrubwrens, Pale Yellow Robins, Small Thornbills and many more.

A young Native Wisteria is growing in this clearing.

On the left of the path is a plant that looks like a type of lily. This is the Cunjevoi plant, which is common through the rainforest. This plant was important to the Aboriginal people for its medicinal value.

Here are also some young vines reaching up to flower at the canopy. This is Pararistolochia praevenosa, also known as the native Dutchman’s Pipe, and will host the larvae of our beautiful and endangered Richmond Birdwing butterfly.A little further are several small thorny shrubs, Citrus australasica, the native Finger Lime.

On the right near the rear of the clearing is a tall Rosewood and a tall Pencil Cedar also on the right.

Right behind is a young Booyong and an Illawarra Flame tree. Just prior to this can be seen a small Wilkea shrub with its broad leaf. This vine is the host to the larvae of one of the prettiest of Australian butterflies, the Regent Skipper.

At this point the path meets the entry from Dapsang Drive car park (toilets are located in the car park). A Green Bollygum overhangs the path at this entry. From here on the taller trees such as Flooded Gums, giant Strangler Figs and Brush Boxes will be seen through more open forest.

You are now passing a fallen trunk that has been sawn through for path access, just before Post 10.

This area may have ground dwelling birds such as Log Runners, small Thornbills and a Whipbird calling, as well as a large skink that sometimes resembles a black snake when it is partially covered. This is the Land Mullet, which likes to sunbake on the leaf litter and may be seen near here to the right. The local name for it is Sleepy Jack, due to its habit of seemingly ignoring passers-by while it dozes. It may have a nest below this leaf litter.

On the right is native Lobelia, a small ground cover with blue flowers.

On the left behind the post is a large dead Flooded Gum trunk with a good burl. These dead trunks provide fine nesting hollows for many creatures including parrots and possums and are an important part of the forest.

On a sharp bend in the path before Post 13 to the right is a very good small bird area with some good young tree species including Tamarind and Blue Quandong.

To the right is a tangle of Lawyer vine and some Cordyline and to the left are a couple of Bollygum trees, Litsea reticulate.Down the slope to the right is a grove of tall trees bearing bright red fruit, these are Red Apples, Syzygium ingens.

The path passes between two giants of the forest, a Brush Box to the right and a Flooded Gum (E. grandis) on the left. This tree has a large root burl that has grown over another old stump. Look inside to see where many forest creatures would gain good shelter.

Behind this giant are a few of its cousins towering above the canopy. The track here has a short detour to the left to a fine viewing platform where many birds may be heard and seen.

On the left of this short path is a Tree of Life (Lignum vitae), which is just alongside the platform step, and a thorny shrub, Cockspur, beside it and a Scentless Rosewood with the rougher bark, just behind it.

Opposite is a young Hairy Walnut, while around the platform are seen a large Red Carabeen, some small Bollygums and Bolwarras and a find Strangler Fig.The large dead tree was a giant Flooded Gum. You can hear the roar of the Waterfall.

The Fig just past this on the right has good Crows Nest Ferns high up.

More steps down with a Red Crarabeen to the right and good epiphytes on the fig to the right, which is slowly strangling the host Syzygium.

We are now at the creek track with the falls path to the left. To the right is Cedar Creek tumbling down the small gorge and to the left is a Red Kamala overhanging the path. There is some native ginger plant here on the bank and ground cover Aneilema. You are now very close to the base of the waterfall.

You will see large rocks which have fallen to this point as the banks above have eroded. The abundant regrowth includes young stinging trees, native olive, bleeding heart and a large variety of native vegetation. Opposite is a large fig covered in vines such as Pothos, Native Wisteria and Epiphytes.

Above the bank is a Black Apple, Pouteria, whose large black apple like fruit was sought after by the Aboriginal people. There are quite a few Red Carabeens on either side, a Brush Alder on the right and a vine laden Purple Cherry. We now approach the Waterfall viewing platform to admire the Falls and the rock pool teaming with life. The vines, maiden hair ferns, sandpaper figs and an abundance of rainforest trees frame the majestic waterfall.

As night falls the area becomes a Glow Worm colony and the dark forest comes alight with the glow of the Glow Worms and the sounds of the nocturnal animals. Negotiating the path at night is dangerous and advice should be sought first. If you wish to take a night time tour of the park down to the Waterfall with an experienced guide give us a little advance notice and we will make a booking for you (cost $35.00 per person at time of update)

The Map and information guide is available in your room here at Amore B&B Mt. Tamborine or see our  Interactive Map for even more information on all 18 posts.

See the footer on this page for posts detailing an updated list of our current self-drive and local walking maps.

Amore B&B is so centrally located you might decide to leave your car and walk to everything right near your accommodation. Many guests prefer to stay at Amore B&B instead of hotel or motel accommodation. Guests enjoy the privacy of a smaller establishment such as Amore B&B. The intuitive personal service, private, quiet and comfortable rooms, and the convenience of being so close to Tamborine Mountain’s attractions and activities is a clear drawcard. As a place to stay Tamborine Mountain accommodation cannot get any more central than Amore B&B.

These free maps are an initiative of Amore B & B (www.amorebandb.com) and Witches Falls Cottages (www.witchesfallscottages.com.au) Copyright © 2018 Go Tambo TM All rights reserved.